The Alphabet Has Over 2 Million Views 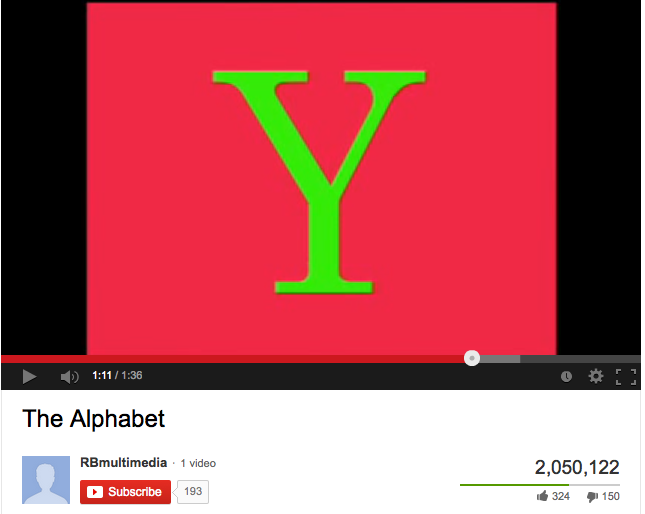 Back in 2008 I had a class project to create an educational animation made in Adobe Flash. Inspired by those great animated shorts featured on Sesame Street when I was a kid, I decided to create a short of my own on the alphabet. After the project was done I decided to share the vid on Youtube for an instructor, and basically planned on forgetting about it. Little did I know at the time that this classroom project would actually draw some attention, and get a few more views than expected. Now five years after I had originally posted it, The Alphabet has now been viewed over 2,050,000 times (at the time of writing)!!! Love it or hate it, it’s safe to say it’s been viewed once or twice.

The Alphabet Has Over 2 Million Views was last modified: October 23rd, 2013 by rm_admin